My third bike. Purchased at Maplewood Bicycle, Maplewood MO. A true road bike. A sweet deal, purchased on sale for 30% off. Triple crank, full Ultegra, including the pedals. 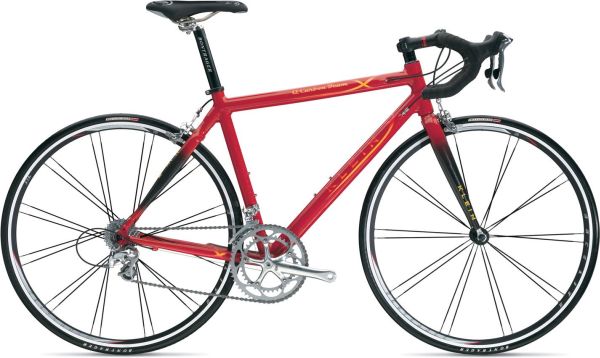 TREK 7500FX Fitness Bike
My second bike. Purchased at Maplewood Bicycle, Maplewood MO. Referred to as a "performance hybrid" by TREK, it is sort of cross between a hybrid and road bike. Aluminum frame, triple crank. Mixture of Deore and Nexave components. 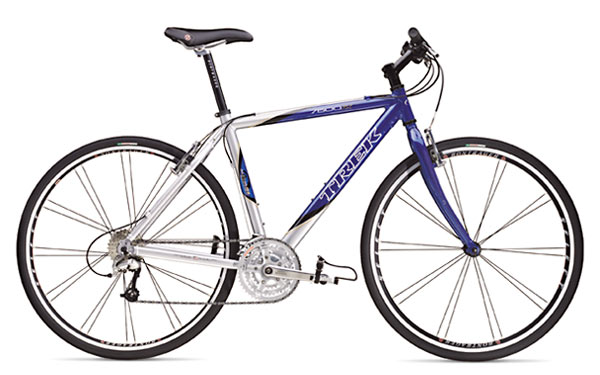 TREK Antelope 830 Mountain Bike
CroMoly frame and fork, color: Intense Blue. Bike came equipped 21 speeds, a triple crank and Suntour drivetrain. Purchased new in 1989 from Maplewood Bicycle. I rode this bike from from 1989 through 2003. I had domesticated it into a pseudo touring bike over the years. Rigid steel frame and fork (no suspension).

I had pretty good luck with this setup for 12 years and somewhere over 12,000 miles. Midway into the 2002 riding season I had a flat rear tire and had trouble with the rear derailer not shifting properly. The chain was replaced (it was stretched so much the gauge couldn't read it) that helped a little. The rear cassette was replace with a Shimano part (Suntour is no longer available in the US) and that helped a little more. Finally I ended up having the rear derailer (Shimano Alivio MC16) and shifters (Shimano Tourney TY-22) replaced.

This bike has been on a week long tour across Kansas, a week tour of Door County Wisconsin and a week tour of Northeastern Iowa. I have logged somewhere around 3,000 miles with a child on the back. I rode this bike over 13,000 miles before frame broke. 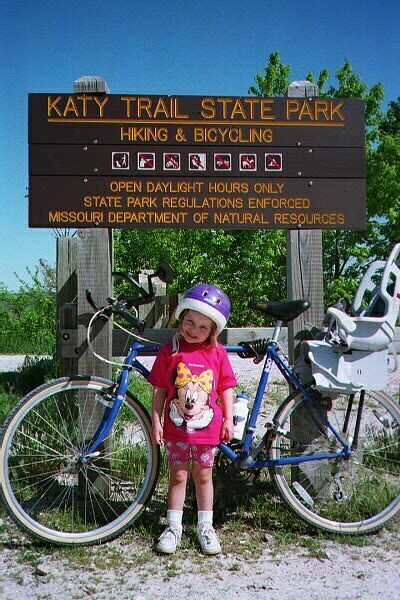 back to: Top of this Page | Bicycle Page | Rob's Index Page